Every night between 10pm and 7am we are going to be having worship and intercession sessions. Our goal is to draw near to the Lord for 24 hours a day during Arise. We are trust that God will reveal things during these intercession and worship times that when released will radically impact the daytime meetings.

If you are an Intercessor then we need you to stand with us in faith. Email us below to let us know that you are interested in joining us for Arise.

I am an Intercessor 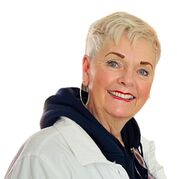 Rebecca King is a prophet and an apostle. She carries both uncompromising truth and strategic vision to people and places. Having walked in her mantle as a prophet for many years she has influenced and raised up prophets wherever she has been. Her travels around the world combined with her growing up years of living in Africa, Northern and Southern Manitoba and Europe has captured her heart with a worldwide vision to reach prophets globally.Rebecca carries an authority that is sharp and witty which has created a capacity for her to attract people of various backgrounds who draw from her deep prophetic well. She is recognised as a “mother” role model because of the mature and forthright wisdom, she releases. Her heart is to empower, train, equip and release prophets into their calling with a grace and understanding for what is deemed a lonely road and potentially misunderstood office.

Rebecca’s real passion is to see prophets discover not only their identity as children of God but to find their prophetic identity and then reach their peak as healthy, powerful, edge dwelling Prophets, willing to consecrate their lives fully to Jesus with one all-encompassing YES!  Rebecca’s own journey of emerging as a prophet began after an encounter with the Holy Spirit in her early twenties. A deep love and desire to help other prophets birth their destinies was deposited deep within. Since that time, she has been travelling the world pioneering and paving a way for prophets to understand themselves and be understood.In 2009 the Lord asked her to focus more specifically on the development of prophets who she had sensed were left in the shadows unattended too during a mass growth explosion of teaching surrounding the prophetic. She began to experience the pull in her heart to create a safe space for prophets that focused on community and relationship that showcased a new way of doing life. As a result, her ministry “Invictus Prophetic Global” was birthed with the mandate to spread her wings and nurture the prophets on a larger scale. Rebecca serves as the apostolic voice into Invictus Prophetic Global Academy, Invictus Herald, Invictus Mentoring, Invictus Prophetic Basics and the live broadcasts put out by the ministry. Rebecca is a senior strategic prophet nationally and internationally. She has served as an elder and lead prophet on a variety of boards and currently sits as a core leader of the British Isles Council of Prophets.